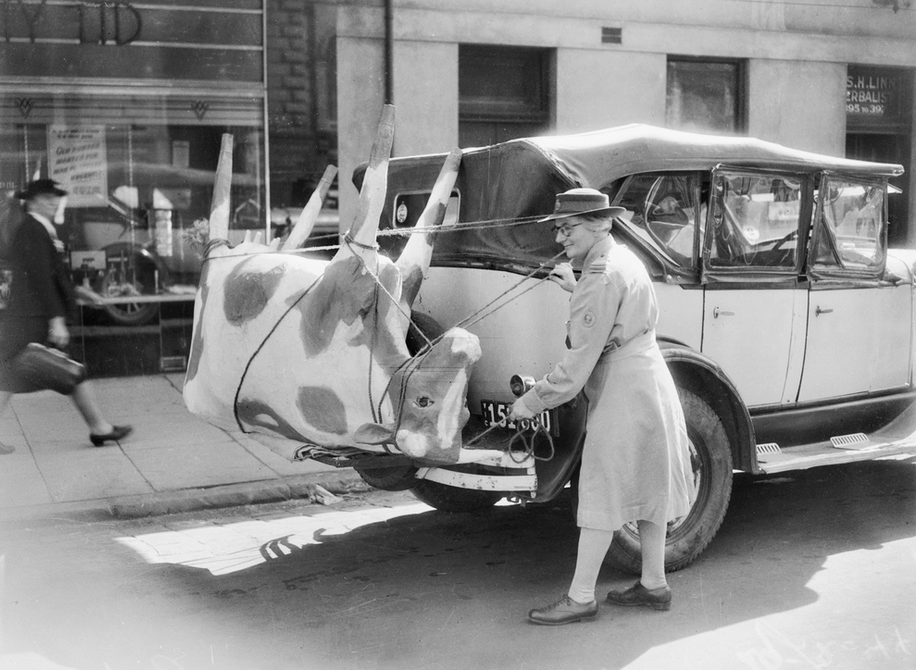 Melissa Dixon from Meat Free Week speaks to Otter about the impact of meat on our health, the environment and animals, and how we can change our meat consumption habits.

Ok, let’s get this on the table. We’re going to talk about meat. No, not slow roasted pork belly, wagyu beef or red duck curry, but rather how much of it you eat and what it’s doing to your health, and the health of the planet and its animals. And here’s the thing, after you’ve read this, we’re hoping you’ll want to talk about meat too.

Choosing not to eat meat is considered “un-Australian”. Meat plays a big role in our everyday lives – it makes a regular guest appearance at important social occasions, takes centre stage most nights at the dinner table and is a highlight when eating out.

So what’s the big deal? Well, when it comes to meat, we eat a lot. With an annual average consumption of 111.5kg per person, Australia is ranked in the top three biggest meat-eating countries in the world (per capita). The world average is just 41.9kg per person per year. This puts enormous pressure on human health, the environment and animal welfare.

When it comes to the environment, all meat production takes a heavy toll on our planet’s natural resources – we’re talking, water, land, pollution, bio-diversity and even our oceans.

Then there’s the animals. We eat a lot of them. Globally, more than 66 billion animals are slaughtered each year to feed seven billion people. In Australia, over a three-month period we slaughtered 145 million chickens, 5.5 million lambs, 2.7 million sheep and 1.2 million pigs, to feed our population of 23.1 million! The figures are mind blowing and don’t even account for the millions of turkeys, ducks, fish and other seafood also consumed.

Regardless of your opinion on whether or not we should be eating animals, most people would agree that as living, feeling, breathing sentient beings, the animals we eat should at least live a life free of suffering before they end up on our plate.

Sadly, this is not the case. Our demand for cheap meat now means that over 90% of all chicken, duck and pig meat is intensively farmed. Commonly referred to as “factory farming”, animals are raised as if they’re machinery. It is considered the number one cause of animal cruelty in the world today and causes the most suffering to the largest number of animals in Australia – more than 500 million every year. All behind “closed doors”.

Up until now, the conversation about meat has been very one-sided. That is, we should eat more of it. So at what point do we start having a broader conversation?

We are already eating more than is good for our health and sustainable for the planet. It has been proven beyond any scientific doubt that as sentient beings, animals experience joy, pain, suffering and boredom, are intelligent and form complex relationships. Yet when it comes to meat production, what consideration is truly given to these facts? Isn’t it time we had a more balanced conversation on the topic of meat consumption and production than the one that’s been taking place to date?

Inspired and wondering what can you do? Well start by getting educated on the issues and understand the significance of reducing your meat consumption, or giving it a miss altogether. There’s never been a better time, with more meat-free alternatives available and countless blogs and food sites dedicated to providing delicious, nutritious options to meat based meals.

When buying meat, care more about the provenance – ask questions of yourself and the retailer such as how was it raised and transported? There are better alternatives from a growing number of ethical producers and retailers. Supporting them by choosing their produce means this sector will grow.

Participate in Meat Free Week (held annually each March), where you can try out a meat-free diet for seven days. After this, you may choose to adopt a permanent Monday to Friday “meat free week” and only eat meat at weekends. If this is too challenging, then perhaps start with removing meat from your diet one day a week by adopting Meat Free Mondays. If eating out, choose the vegetarian options. If eating at home, watch your portion size and view meat as adding flavour rather than being central to the dish. Asian food does this particularly well.

Change is possible. Big or small, it’s all good. And each time you choose to eat less meat, you’re making a positive difference in so many ways.

Meat. It’s a weighty subject, but the cost of not talking about it is too great. Make the decision to eat less – quite a bit less – for the sake of your health, our planet and the animals. It’s that simple.

Also, see our other posts about meat – Defining organic meat with your local butcher and What the beef? Be informed when buying your meat – Editor

Sustain-a-baby: introduce your little one into a safe, green and fair world
Clean your house and your conscience! Part 1: Animal welfare