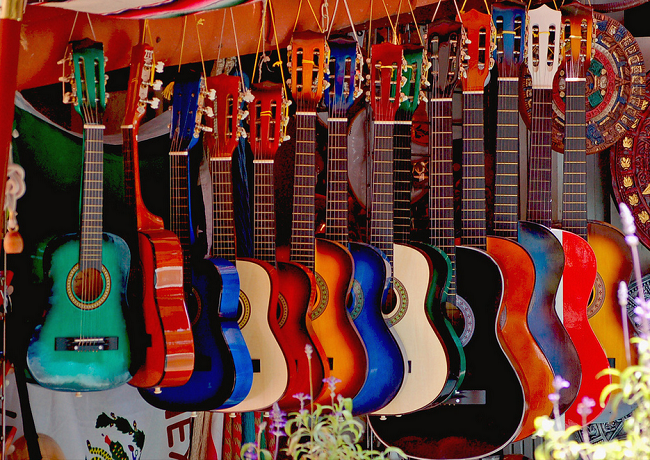 Looking for a guitar made from sustainable or recycled materials? Perhaps not a consideration for most people! While you might not think the guitar from your local music store could impact native forests much at all, consider this: several hundred thousand guitars are sold in Australia every year, with millions more sold worldwide. Kathy Rockwell looked into it for us and discovered a whole world of ethical guitars.

While the wood used may only account for a tiny percentage of the world’s timber output, guitar making demands specific ‘tonewoods’, such as Sitka Spruce, rosewood, blackwood and ebony, to produce the sweet sounds desired by musicians. This demand for tonewoods can drive up timber prices significantly and, in turn, help deplete native forests in North America, Brazil and Africa in particular.

In response you can seek out manufacturers that are developing more sustainable sources, or experimenting with novel materials. Check out our tips for what to look for below.

There are ongoing initiatives to develop more sustainable sources of tonewood, ranging from sustainably harvested plantation timbers, such as blackwood and ebony, to alternative tonewoods, such as ash, maple, walnut, cherry, and red birch, to help protect the world’s old growth forests from further degradation.

In 2011, Taylor Guitars  bought and transformed an ebony mill in Cameroon that now “offers both investment and enrichment to the local community and ensures that ebony is legally, sustainably and ethically harvested”.

Taylor now features guitars made with this sustainable ebony and also works with GreenWood Global, an independent, educational non-profit dedicated to working “alongside residents of remote forest communities to help them earn more by managing their forests and creating valuable wood products”.

Choosing guitars that are certified by organisations such as the Forest Stewardship Council (FSC) is one way to know that set standards of environmental and social sustainability are met, including that wood is harvested legally.

Martin Guitars maintains FSC chain-of-custody certification and is FSC certified through the Rainforest Alliance, which helped to establish the FSC. The company says it was one of the first acoustic guitar manufacturers to produce a guitar model made entirely of FSC-certified woods, the ‘D Mahogany’. It also produces a ‘Sustainable Wood Series of Guitars’, which it says is made from “environmentally friendly alternative woods”.

In 2011, the company began sourcing FSC-certified African blackwood from community-managed forests in Tanzania.

Martin Guitars is a founding partner for The Nature Conservancy’s #SaveElephants campaign. The company believes it has an “obligation to help end the ivory trade and says ivory has been completely removed from its supply chain and is no longer used on any guitar model it makes.

Gibson Guitars began building instruments using wood certified as ‘sustainably harvested’ by FSC in 1996. Gibson works closely with the Rainforest Alliance to protect and conserve rainforest sources and ensure sustainability. Along with other US manufacturers, Gibson must comply with the US Lacey Act, which creates further challenges.

In 2007 Greenpeace partnered with US guitar makers Martin, Gibson, Taylor and Fender to establish The Music Wood Coalition aimed at protecting threatened forest habitats, initially focusing on stopping deforestation in southern Alaska. Other instrument makers such as Yamaha and Walden have since joined the coalition.

Greenpeace even made a film documenting the coalition’s efforts to end the over-logging of the Sitka Spruce. You can watch the trailer here. 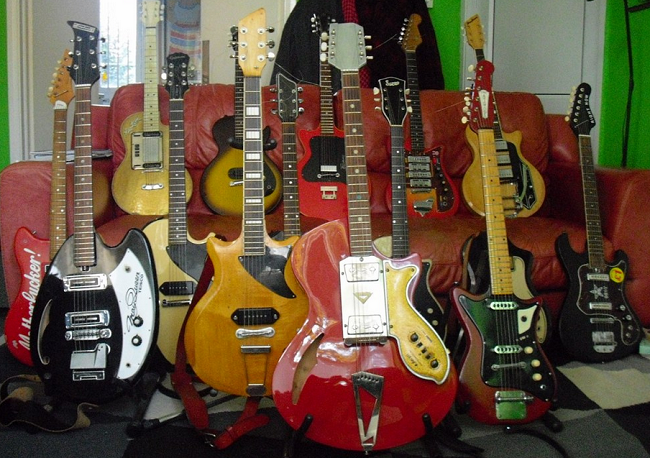 New materials are also being created as replacements for tonewood.

For example, Peavey Electronics has foregone wood altogether in its Composite Acoustics guitar range. It has developed a carbon graphite fibre composite, which is far denser than traditional tonewoods and results in a very thin soundboard and more durable parts. On its website, the company claims it’s a revolution in guitar design. However, the energy requirements of building such a guitar are substantial.

According to its website, “Flaxwood is an innovative new tone material that is created by breaking the grain structure of natural wood and injection-moulding it into shape together with an acoustically sensitive binding agent.”

Flaxwood Guitars also produces a “hybrid” guitar line, which “introduces a patented flaxwood bolt-on neck combined with a European Alder body”. It also offers a guitar that is lacquer and paint free finish with its Kivi oiled rock finish option.

Fender carries a line of guitars made from recycled timber: “Culled from batches of genuine old-growth pine and redwood timbers from humble locations and obscure landmarks across America, limited-run reclaimed wood guitars have distinct tonal character and storied origins deep beyond even the first Fender guitars.”

Zero Impact Guitars is an eco-friendly concept from Casper Guitar Technologies. According to the web site, the custom built ‘Eco Axe’ electric guitar is built from SmartWood for the body, recycled steel for the bridge components and a graphite neck for sustainability.

Maton acknowledges on its website that “Australia has a wide range of under-utilised tonewoods, and as the supply of traditional material diminishes these timbers will come into their own as a world standard”. The company has been “developing the use of these Australian timbers (Bunya as well as a few other native species such as Queensland Maple), most of which are plantation grown”.
Cole Clark (www.coleclarkguitars.com) states that it “uses a variety of tone woods from the traditional Sitka Spruce, Indian Rosewood and Red Cedar through to sustainable Australian timbers like Bunya, Queensland Maple, Blackwood and Maple Silkwood. We are close to achieving a fully sustainable guitar with Australian timbers. When we find a fretboard we are happy with we will have it, and we are close.”

Martin Taylor Guitars says its guitars are made exclusively from Australian tonewoods. “Australian tonewoods rival any of those that have been traditionally used for instrument making in the rest of the world. The timber is all harvested from ecologically sustained sources and produces rich tones, excellent sustain and is beautiful.” 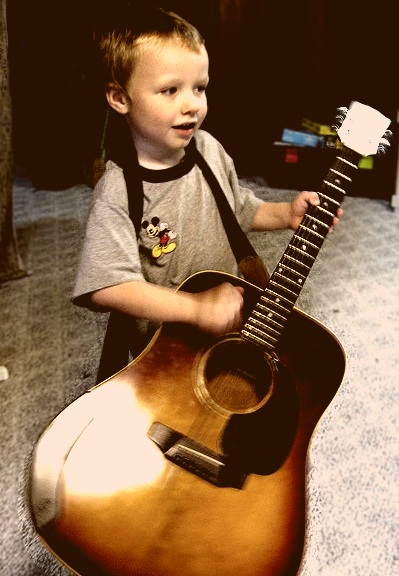 While manufacturers need to educate consumers about sustainability and continue their efforts to increase their ethical footprint, the consumer ultimately wields the power of choice.

“Some major makers like Taylor and Martin are working towards having a positive impact on forest management and where and how they source their timber, which I think is fantastic. I think they would also like to use alternative woods from more sustainable sources, but again they know that the market will resist these changes… So the more customers ask for sustainable FSC guitars the more the makers will respond…”

Bradbury believes Australia has entered a new “golden age” for the acoustic guitar: “A great deal of interest and momentum has been created in Australia in the last 10-plus years around guitars, guitar music, guitar building, etc… Networks are being formed and interest spreading. Sooner or later it will have to spread to the issue of wood source: who, how and where is it being grown.”

Do even more for the environment when you are finished with your guitar:

The Lacey Act. In May 2008, the United States became the first country in the world to place an outright, criminally enforceable ban on the import of illegally harvested timber. The Lacey Act defines ‘illegal timber’ as wood that has been harvested or transported in violation of a law or regulation of the country in which it was sourced.

Illegal Logging Prohibition Amendment Regulation 2013. This will come into effect on 30 November 2014. Businesses will need to assess and manage the risk that the timber they are importing for processing has been illegally logged.

CITES is the Convention on International Trade in Endangered Species of Wild Fauna and Flora. It is an international agreement between governments that aims to ensure that international trade in specimens of wild animals and plants does not threaten their survival.

SmartWood certification
In 1989, The Rainforest Alliance launched SmartWood, which it says was the world’s first global forestry certification program and the first to rely on market forces to conserve forests. It is one of the founders of the Forest Stewardship Council (FSC).

Be an environ-RENTAL-ist – how to practise green renting!
Have a Christmas that’s merry for you and the world with Good Spender