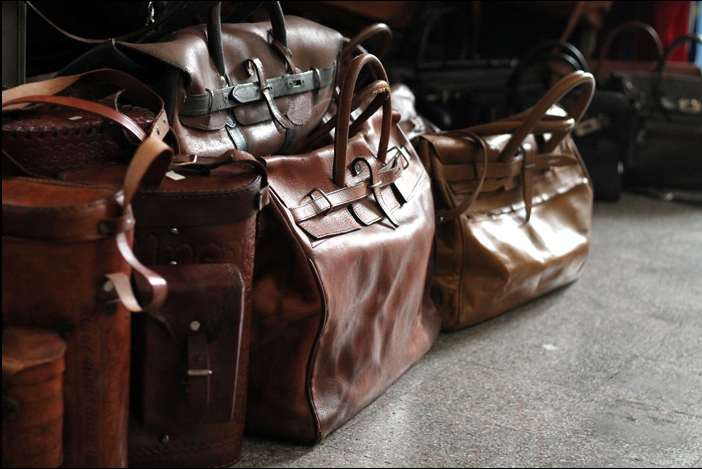 Leather. It’s something we all associate with high-end luxury, comfortable seats and the shoes on our feet, but do we pay enough attention to the environmental, human and animal impacts of leather production? In the first of a two part series, Ruth Hatten looks at the environmental consequences of leather production and manufacture, and what we can do to reduce them. In the next issue she will review leather’s impact on human welfare and animal suffering.

For most people, leather is a cornerstone of our wardrobes and furnishings. Leather is big business around the world, and an important part of the Australian economy.  Globally, the leather industry is worth over $60 billion per annum, a number that is forecast to reach $90 billion by 2016. For the 2012-2013 year, revenue from the Australian leather industry was expected to reach approximately $727 million.

Approximately 8 million cattle, 24 million sheep and 1.5 million kangaroo hides are produced per annum in Australia. The majority of Australia’s leather is exported, with sheep skins and raw hides and skins the most frequent exports.  Some of this exported leather will be finished and produced in countries like Bangladesh and Japan for re-export into Australia.  The remainder of Australia’s leather is sold here with a large part consisting of “specialty and performance leathers” such as kangaroo leather, which is known for its high strength, light weight and durability.  Australia also imports cheaper leathers and leather products from developing countries, which make their way to our stores in the shape of shoes, handbags and other accessories and leather used in machinery.  Leather shoes are the 54th biggest import by market value and the highest of all leather imports into Australia.

Many people think of leather as simply a by-product of animals slaughtered for meat; that it’s a means of using waste from meat production and therefore a good thing.  In fact some animals are raised solely for leather production, for examples ostrich and crocodiles whose skins are used for more ‘exotic’ leathers. In any event there is a strong case that leather is at best a co-product or a subsidy of meat production.

Whichever way you look at it, the impact of livestock production on our planet must be taken into account when considering the environmental impacts of leather production.

Total greenhouse gas emissions for the livestock sector represent 14.5 per cent of all human-induced emissions, with cattle production representing the greatest contributor. Leather production is responsible for a reasonable portion of these emissions.

The livestock sector is the single largest anthropogenic user of land, using 26 per cent of the Earth’s terrestrial surface for grazing and a third of all arable land for feed crop production, according to the Food and Agriculture Organization of the United Nations. In Slaughtering the Amazon, Greenpeace reports that the cattle sector in the Brazilian Amazon is responsible for 14% of the world’s annual deforestation making it the single largest driver of deforestation.

Chemical use and pollution

The most obvious direct environmental impact of leather production is the toxic process of turning a piece of animal skin into a clean and durable fabric. It is estimated that approximately 300 kilograms of chemicals are used per ton of hides in the tanning process.

Disturbing reports such as Toxic Tanneries: The Health Repercussions of Bangladesh’s Hazaribagh Leather (Human Rights Watch 2012) and the 2013 documentary Hazaribagh: Toxic Tanneries have revealed the impacts of tanneries on the environment, the local population and the tannery workers in Bangladesh.

How is animal skin tanned? Animal skin is soaked and washed, hair is removed by applying lime and sulphur to the skin; flesh and fat are removed; the skins are treated with acid and salt in preparation for tanning; and finally acceptable and trimmed skins are tanned using chromium sulphate or vegetable tannins, the latter of which has been considered just as toxic as chrome. Once the skin has been tanned it can be sold as “wet-blue” or be processed to finished leather.  To finish leather, the skins are shaved to the required thickness, trimmed, re-tanned, dried, graded and given a final surface treatment to become matt or shiny, two-tone or uni-coloured, smooth or grained.

Water use and contamination

The chemicals used in leather production are often released into waterways surrounding tanneries, along with animal flesh, dissolved hair and fats.  The result is a toxic water supply that can cause health problems for local communities including fevers, diarrhea, skin rashes and respiratory problems, loss of aquatic life and soil contamination.

In addition, a large quantity of water is used in the production of leather in leather tanning and manufacture, in the raising of animals whose skin is used and in washing down facilities after slaughter. The Big Cover Up claim that “each time you purchase a new pair of leather shoes you are responsible for using as much water as having a bath every day for over 40 years!”

What can we do to reduce our impact?

How to reduce the environmental impact of jewellery: one maker’s approach
Put a bit of care into your kitchen with ethical kitchen appliances

2 Responses to The lowdown on leather (part 1)