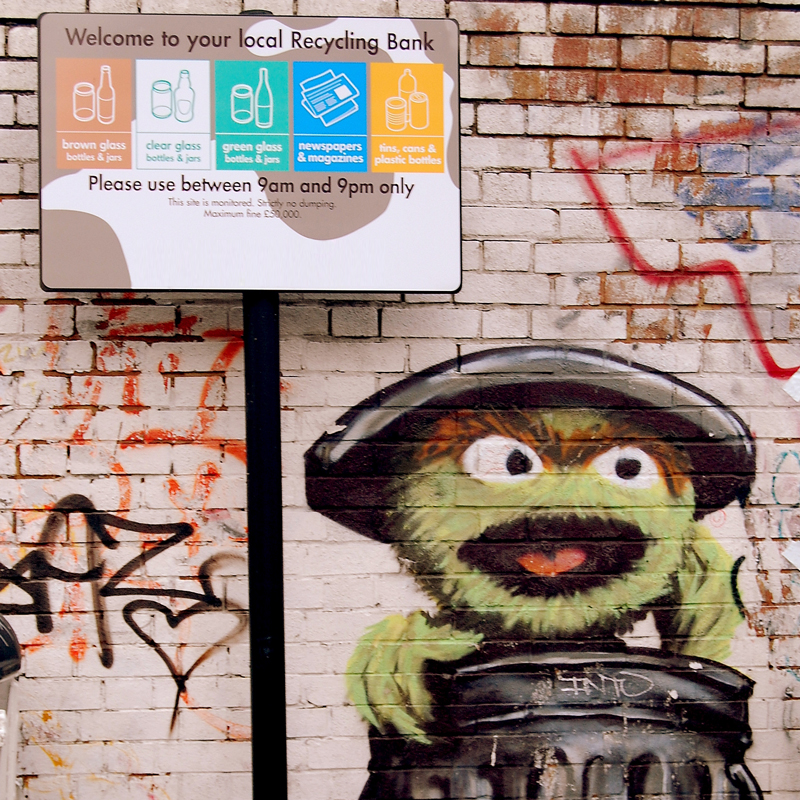 Lindsay Schiffhauer catches up with ‘office hippy’ Shelby Burns, who negotiated getting a recycling system set up at her workplace. Plus, tips on how to get your office to green up.

As a nation, we have the dubious distinction of producing more waste than most per capita, second only to the United States in one study. Yet 78 percent of Australians say that recycling at home is easy. So why the discrepancy? Considering most of us spend almost half of our waking hours at work, this surprising statistic underlines the need to bring more sustainable practices into the workplace.

While some businesses already have very efficient recycling programs, many more are still dropping the ball. About 46 percent of workplace waste is sent to landfills. This means that for those of us who recycle at home, it can be frustrating to step into a workplace environment where it isn’t even an option.

So why isn’t it happening? Chances are your employer has been meaning to get around to it, but hasn’t had any reason to make it a priority. You can give them that reason, by voicing your opinion.

Shelby Burns did just that when she negotiated getting recycling into her workplace. After reading about her recent success on Ethical Explorers’ Facebook wall, I got in touch to see if she had any tips for those of us in the same position.

You recently had a victory in getting recycling in your workplace, what was that like?

I was working on a very short contract at a small company where they didn’t have any recycling in the office – paper or other recyclables, which really bothered me. But as I was only there for a short time I didn’t think I could change anything. When I was asked to stay on for an additional six month contract, I thought, ‘here’s my chance!’. I didn’t make it a condition of my re-employment, just raised the idea of recycling as part of the discussion while re-negotiating my contract.

What kind of recyclables make up the bulk of what you saw being thrown away?

So much was thrown away every day – from paper printouts to plastic containers for takeaway lunches. What bothered me the most was when groups of people went out to get takeaway together, and brought it back in a plastic bag each, that they immediately threw away after using  it for a few minutes.

How long was the process from when you first asked (or started hinting), until you finally saw the recycling bins arrive?

Initially I was referred to the receptionist who stated that the building manager had said it wasn’t possible as the building’s waste was managed as a whole for all tenants, and recycling wasn’t an option.

However, the office manager emailed the Building Manager again to check and it was an option. I volunteered to meet with the Building Manager to discuss how it worked. It turned out paper recycling was a simple solution and he was able to bring us a paper recycling bin immediately. However, plastics and cans were a separate collection and there was a cost per office for this, as is the case for most commercial tenants. So this required approval from the executive team.

Our organisation is quite nimble so it probably took about two weeks all up. I’ve worked in other organisations where I know getting through the red-tape would take much longer.

I’ve now put my hand up to be the sustainability officer for the company. They call me the office hippy, and I’m fine with that!

Have their been any other initiatives in your workplace to cut back on waste?

Not yet. Takeaway coffee cups are still used daily by most employees and that’s my next issue to tackle! I’m hoping the company will order company branded reusable coffee cups for their staff and clients!

Were you ever worried you might lose your job?

Since I was negotiating the contract, I wasn’t worried. But I did feel very strongly about not wanting to work in a place that didn’t have basic recycling collected.

What tips would you give someone about to attempt this at their own workplace?

I think it’s helpful to explain to the business the benefits of being seen as a sustainable organisation – or at least making some effort to be more sustainable. As the Marketing Manager, I was able to talk about how important it is now for companies to outline their corporate social responsibility commitment. It’s becoming the standard requirement, rather than an additional extra.

There are plenty of websites with info on how to introduce recycling programs into the workplace, such as BusinessRecycling. Another one is Sustainability Victoria, which provides a very thorough outline focusing on office environments.

Their simple suggestions include:

Some companies will find that they’ll need to pay for recycling and waste removal services, because of building policies or their size. This seems like a hard pitch to sell, but it often ends up saving the employer money. If they’re already paying for waste removal, recycling removal is typically cheaper per bin and cuts back on the amount of rubbish bins needed.

Lastly, we need to go beyond recycling and encourage more sustainable practices. By cutting back on both our consumption in general and our use of disposable plastics it’s possible to significantly reduce the waste we produce.

This is something that can even be applied if you work in the food and hospitality industry. Suggest to your boss that they could save money by only giving out plastic bags and straws when someone asks. Many bars have stopped automatically putting straws in drinks after pressure from environmental groups like The Last Straw. They simply put the straws in an easily accessible area on the bar and give customers the choice. Another alternative to plastic bags is replacing them with recycled paper bags, perhaps with the restaurant or cafe logo. The ways to cut back on waste are endless.

Inspiring your workplace to go green empowers us to live in a way that reflects our values all of the time, not just when we’re at home. So speak up! And maybe you’ll not only significantly reduce the waste produced in your workplace, but actually inspire your coworkers who don’t already recycle to make the change in their own homes.

The race is on to feed the planet
Garage Sale Trail, coming to a garage near you

One Response to How to help your workplace green up