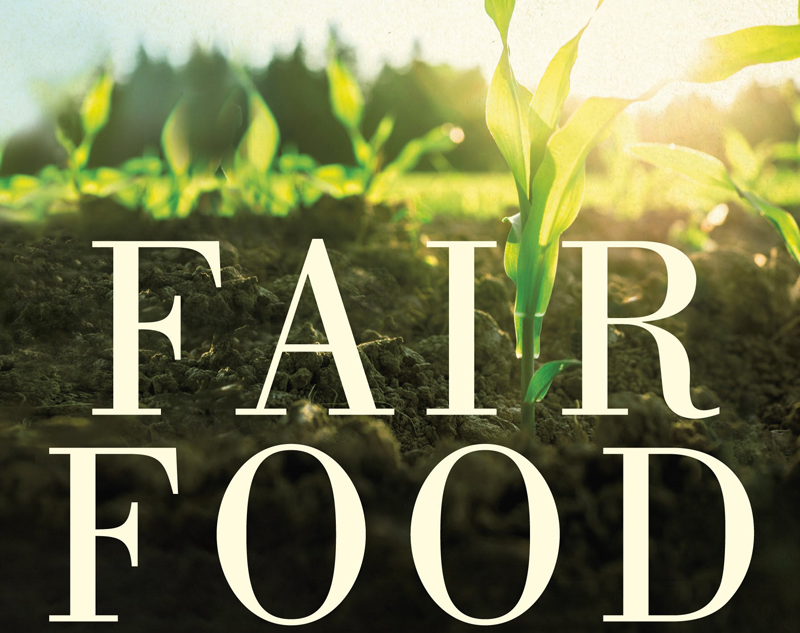 Jennifer Richards reviews Fair Food, a collection of personal stories about regular people who are creating a socially just food system for all.

What influences your decisions when you buy food? Environmental impact? Australian-grown produce? Organic production? What about social justice? Have you ever tried to factor in fairness when you purchase?

Fair Food: Stories from a Movement Changing the World is a collection of the personal stories of regular people who are trying to create a socially just food system for everyone. It’s the primer for anyone wanting to jump into Australia’s Fair Food movement. Edited by the Australian Food Sovereignty Alliance‘s National Coordinator, Nick Rose, it operates as the handbook to the food sovereignty movement in this country – the idea that communities have the right to control how food is produced and consumed. It outlines how the seed of an idea, if watered by imagination, hard work and lots of long conversations over lunch, can grow into a movement for social change.

After enthusiastic forewords by celebrity chef Guy Grossi (of My Kitchen Rules) and and concerned eater/rugby player David Pocock, farmers, academics, home-makers, eaters, policy-makers and permaculturalists fill the pages of this book with their own variations on a common theme: a realisation that there is something desperately wrong with our food system. Their determination to forge a different path is inspiring. The stories document both the hardship and hope involved in the little steps that make up the larger movement.

Australian Food Sovereignty Alliance president Michael Croft gives an account of stepping from his farm straight into the dizzying world of international food politics. Tammi Jonas charts her journey from a Twinkie-munching kid through politico-vegetarianism to her place as farmer and ‘activist omnivore’. Kristen Larson tells how she became so disillusioned with the slow pace of change, she broke out and started building open-source software resources to serve the greater goal of change.

Carol Richards gives her perspective as an academic; Fran Murrell speaks as a GM campaigner; Cat Green is a radical homemaker passionate about her role in her community. Social entrepreneur Robert Pekin, permaculture expert Angelo Eliades and farmer Charles Massey are the other voices in this fair food chorale, the whole of which is greater than the sum of its parts.

In his introduction, Rose points out that for many of these players, food activism is the place they choose to concentrate their efforts because it is an area where so many social inequalities are present. What they really want is widespread social change into a fairer, more equitable world.

While I love the optimism associated with this ideal, I couldn’t help but wonder whether the revolutionary aspect of this might limit the wider appeal of these stories. Do I have to, I wondered, follow Cat Green’s example and roll my own oats and produce my own honey to be effective in bringing about change? Would that idea appeal to enough people who’d need to change from mindless consumers to active food citizens to have a real impact on the system? Is there a middle ground or does such compromise just reinforce the injustices of the system?

All the contributors to this book are fighting to change the whole food system in their own way because they don’t think it’s possible to be ethical within a system that is so unethical, broken and unfair. Through their stories, they encourage readers to be part of this change, in whatever form or function.

So, should you pick up a copy?

Fair Food demonstrates the impact that individuals can have when we are part of the wider push for change. It is essential reading if you care about social justice in Australia. If you are looking for a path in food activism, this book will provide both insight and inspiration. It is also a great gift for anyone who cares about food.

Fair Food: Stories from the Movement Changing the World is published by University of Queensland Press. Available now.

Jennifer Richards writes at beyondthetrolley.com a website for people who care about sustainable food, ethical eating and supermarket-free shopping.