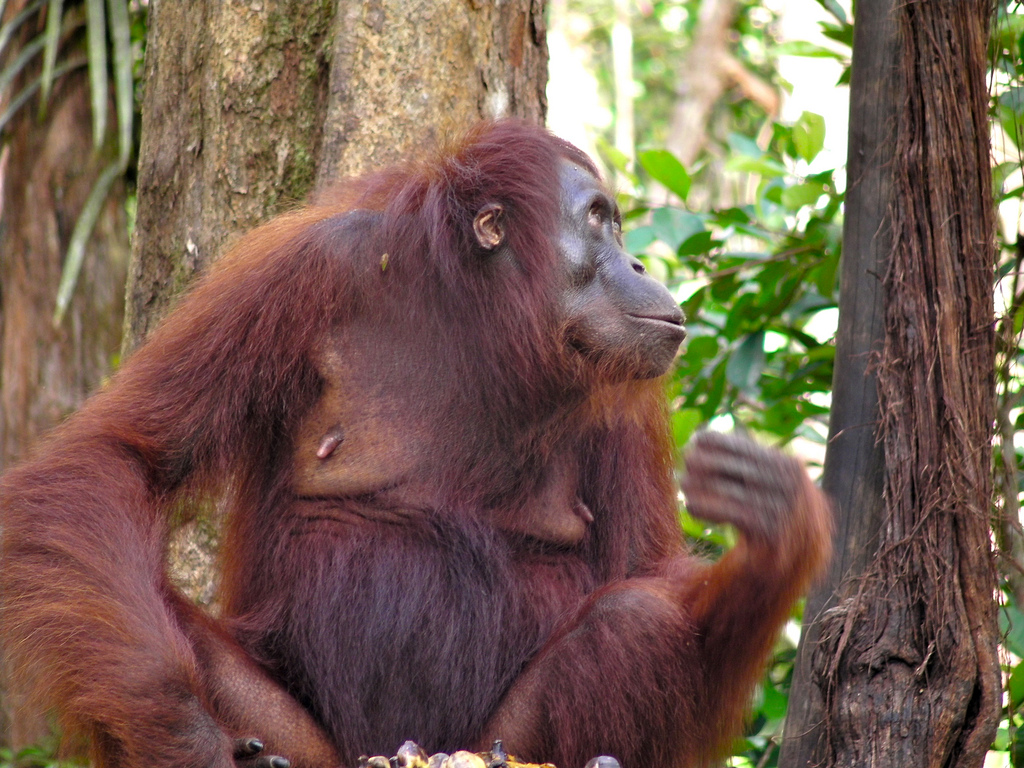 Palm oil can be found in every aisle of the supermarket – in chocolate, shampoo and pet food. But the problems with palm oil production is as widespread as its uses. Lindsay Schiffhauer investigates.

Palm oil is the most widely used vegetable oil in the world. Surpassing soy oil early this century, it’s managed to creep into about half of all grocery store products in Australia. From chocolate bars, frozen pizzas and ice cream to laundry detergent and hair products, you’ll find it in every aisle of the supermarket.

Yet the problems with today’s palm oil production are as widespread as its uses. The industry wreaks havoc on the environment and the people and animals reliant on it. It has garnered a lot of criticism for the role it plays in climate change, species extinction, pollution, and large-scale human rights abuses.

The oil palm originated from West Africa but a staggering 90 percent of all palm oil now comes from Indonesia and Malaysia. The popularity of palm oil is largely due to how cheap it is to produce, yielding about ten times more oil per hectare than other conventional oils like soy and canola. It’s also cheap because it’s grown in places where production costs are kept incredibly low by exploiting both people and the environment.

Indonesia’s lush rainforests are home to an estimated 12 percent of all mammals, 17 percent of all birds, and ten percent of known plant species in the entire world, making it possibly the most biodiverse country on earth. Many more species will likely never be discovered because as we go about our daily lives, the equivalent of 300 football fields of rainforest are cleared every hour for oil palm plantations

The World Wildlife Fund (WWF) states there are approximately 20 million hectares of abandoned land suitable for growing oil palms in Indonesia. However, palm oil companies choose to clear rainforests because they’re often associated with logging firms. By cutting down virgin forests, rather than planting on abandoned land, they can earn twice the money.

The other problem is that plantations are being grown on peatlands, accelerating climate change. Peatlands keep approximately ten years worth of carbon emissions in the ground instead of the atmosphere. That is, until they are drained, cut down, and incinerated. This is why despite its small size, Indonesia is now the third largest greenhouse gas producer in the world.

The toll on animals

Not only does deforestation push the region’s animals out of their habitats and into starvation, the clearing of areas leaves those that are left extremely vulnerable to poachers. One third of all Indonesian mammal species are now critically endangered, including the Sumatran tiger, orangutan, and elephant, and the Javan rhino. These animals are crushed by fallen trees daily, burned alive or shot.

The orangutan, for example, has been treated with severe brutality. Plantation owners consider them pests and place bounties on their, while babies sold as exotic pets, entertainment, or for medical experimentation.

An estimated 40 million Indonesians are indigenous and rely on the forests to survive. However, the government, in a bid to attract industrial contracts, has sold off much of the indigenous land without consultation. The indigenous population, with their livelihoods destroyed, often end up working the same plantations that devastate their homes.

The average plantation labourers’ working conditions and wages are dismally poor. They are paid by the weight of the fruit they pick and work very long hours under hazardous conditions. The smoke from burning forests can cause pneumonia, respiratory infections, asthma, and skin disease. Then there are the trafficking and child labour abuses that are found in many palm oil plantations. Workers are tricked into these jobs under false pretences, have their passports taken away, and are forced to work for accommodation and food. Children caught up in this system are often worked until exhaustion, carrying heavy bundles of fruit in the heat, and subjected to toxic pesticides without proper protection.

The Roundtable on Sustainable Palm Oil (RSPO) is an organisation made up of voluntary members from various palm oil sectors. Together, these groups have set goals and rules to create more sustainable and transparent palm oil production. While the group has brought much needed attention to the subject, it has been criticised by many environmental groups for being ineffective and for sanctioning destructive practices.

One criticism is the organisation’s promotion of GreenPalm, a scheme that allows plantations to produce Certified Sustainable Palm Oil (CSPO) and then trade in the oil for certificates, which are then bought and traded by other companies. A company can buy GreenPalm without actually using certified oil in their manufacturing. The use of GreenPalm was intended to be temporary, as a way to create a market for sustainable palm oil. Unfortunately, the vast majority of companies still rely on this scheme and have not moved towards 100 percent certified sustainable palm oil (CSPO). Consumer groups, a few RSPO suppliers and even some government bodies have found GreenPalm to be inefficient and detrimental to sustainability. The scheme is criticised for making transparency and traceability impossible. It allows companies to make claims of sustainability without actually putting any effort into cleaning up their own supply chains.

Greenpeace has criticised the RSPO for allowing the burning of peatlands in the expansion of sustainable certified plantations, and sanctioning the destruction of secondary forests. They also point out that RSPO certified suppliers are allowed to trade fruit and oil produced by non-member third parties. The biggest problem however, seems to be that there is no accountability for members that violate the RSPO terms.

While the RSPO is far from perfect, it’s what we have at the moment. The positive news is that some member companies are setting their own standards that far exceed those of the RSPO, as a result of consumer pressure. One such company is Ferrero. The Italian manufacturer has moved to 100 percent Certified Palm Oil. Unlike GreenPalm, this is RSPO segregated certified palm oil. Ferrero tracks down its suppliers and plantations to audit production and make sure environmental and labour standards are being met.

A lot! Avoiding palm oil altogether is difficult and counterproductive, as other conventional oils like soy may be even less sustainable. But boycotting companies that make no effort to stop exploitation is an easy first step. Write to businesses to let them know you won’t support them until they move to fully sustainable production; it worked in the case of Ferrero.

It’s also important to support companies that have gone the extra mile to use only RSPO segregated certified palm oil.

Lastly, join the fight for mandatory palm oil labelling. Right now, food companies can simply slap ‘vegetable oil’ on the ingredients label without specifying what kind of oil. With over a hundred different names for palm oil and its derivatives, it’s hard to avoid products with unsustainable palm oil if we don’t even know what we’re buying.